Born in Tyler, TX, Jim graduated from Indiana University and Baylor College of Medicine in Houston. His love of medicine began at an early age from his father who was an internist in Tyler. His love of people began as soon as he began practicing in Houston. Jim quickly became a sought after doctor because of his ability to relate to patients from all walks of life and his ability to diagnose medical issues quickly and accurately. In 1986 he was asked to join the medical staff of the Houston Oilers which began a 30 year career in sports medicine in addition to an ever growing private practice. Jim is currently the medical physician for the Houston Texans, Houston Rockets and Houston Astros. In addition to sports medicine he has lectured all over the world and published extensively on the management of Deep Vein Thrombosis.

Jim recently received the 2021 NFL Physician of the Year award and has two NBA Championship rings and one World Series ring. He is currently on the faculty of the University of Texas.

“Not a day goes by that I don’t awaken and love coming to work with the sports teams and their special issues and elite talents…..and on those same days I love and adore all my regular patients and adorable friends that are part of my life, too.”

Born in Jacksonville, FL, Anne has spent most of her life in Houston. A graduate of Robert E. Lee High School and the University of Houston, her ability to fund raise began at an early age when she was honored for selling the most Girl Scout cookies in Houston. Fast forward 25 years, after a career in the insurance industry, she began fundraising in earnest as chairman of the American Cancer Society’s Cattle Barons Ball, charter member of the ACS Holiday Shopping Card and Chairman of the Houston Ballet’s Nutcracker Market. As president of VICTORY, the fundraising arm of the ACS, Anne traveled to many cities setting up groups like VICTORY to start major fundraising events in those cities. Anne has held positions on the boards of the ACS, Houston Ballet, Stoneleigh-Burnham School in Greenfield, MA,  University of San Diego Parents’ Council, membership in Houston Rockets Wives and Houston Texans Wives and was honored as a Woman of Distinction by the Houston Crohn’s and Colitis Foundation.

The mission of Legacy Community Health’s Little Readers program is of particular interest to Anne. Having two grandsons who are currently learning to read and have a real love of books, she realizes the foundation that reading brings to each and every life. That Legacy’s Little Readers is integral to imparting this foundation to the underserved is a cause Anne is delighted to endorse. 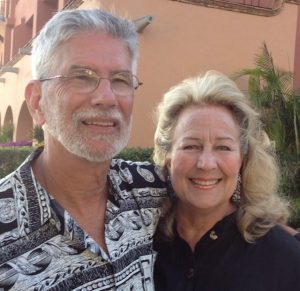