Today, the Hillary Clinton campaign announced it will take steps, from convening a blue-chip “End the Epidemic” working group to fully implementing the national HIV strategy with timelines, to end the HIV/AIDS epidemic in the U.S. and globally. As the campaign’s news release notes, “We have the tools to end this epidemic once and for all, and we need to rededicate ourselves to fighting HIV and AIDS and leaving no one behind.”

The campaign’s move comes following a powerful HIV speaker at the Democratic National Convention last week and additions to the party platform. A side-by-side analysis of the Democratic and Republican platforms on HIV is below. 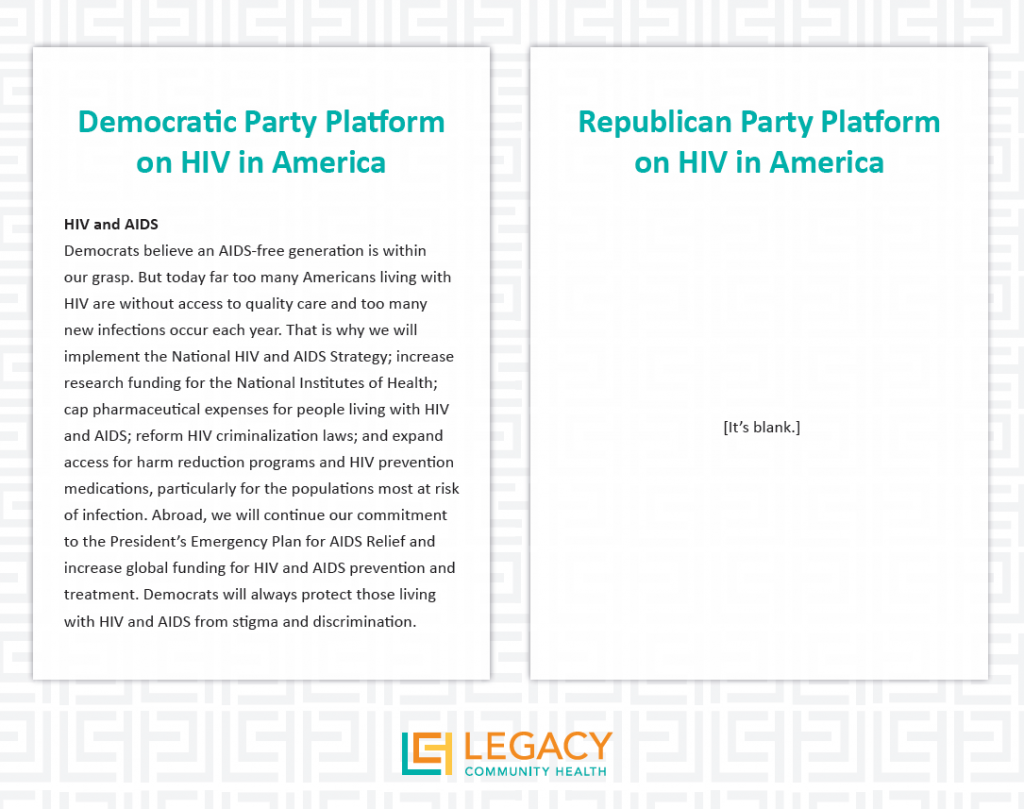 Given Houston’s challenges with the epidemic, Legacy is rededicating ourselves to the fight by taking this year to develop a citywide “End the Epidemic” strategic plan, thanks to a grant from the Ford Foundation and AIDS United, with the goal of cutting all new cases of HIV in half over five years.  The project, titled Ending New Diagnoses (END) HIV/AIDS Houston, brings together community and agency leaders from across the city to identify and solidify steps that must be taken to improve health outcomes for Houstonians.